By AC - August 12, 2015
Published at the German Magazine D+C Development and Cooperation

If the nation looses too many of its marginalised youth to Islamist extremism, it cannot gain stability. Security measures alone will not do, because economic development and social equity matter just as much.
On 18 March, the international community was shocked by the terror attack at Bardo Museum in Tunis. 21 people, mostly European tourists, were killed. On 26 June, the international community stood shocked again with the tragedy of Sousse, where a fanatic murdered 38 tourists. This attack occurred in the holy month of Ramadan.
Sadly, terrorism has been haunting Tunisia since early 2013.  Attacks occurred during Ramadan in 2014 and 2013 too. The Islamist hardliners want Tunisia’s young democracy to fail.
After the revolution toppled the Ben Ali dictatorship in 2011, I think terrorism started with the assassination of the opposition leader Chokri Belaid in February 2013. A few months later, Mohamed Brahmi, another leftist leader and member of the National Assembly, was also killed. Obviously, religious fanatics hated the secular politicians. In view of the assassins’ impunity, unrest grew.
Since early 2013, over 40 Tunisian soldiers have been killed in terror attacks. One of them was deadliest on the Tunisian Army since the country’s independence in 1956.
Recently, terrorists have been shifting from military and security targets to civilian and urban ones. Because the victims of the Sousse and Bardo massacres were mainly foreigners, travel warnings have been expressed, and fewer tourists are now spending the summer in our country.
Tourism is a vital sector of the national economy. Its revenues reduced the country’s trade deficit by 50 % last year. Sousse is one of the main tourism sites. It contributes about 14 % to gross domestic product and employs about 12 % of the work population.
Most people in Sousse directly or indirectly depend on tourism, and terrorism also affects related sectors, such as food and beverage, transportation, crafts, banks and archaeological sites. More generally speaking, the business climate is deteriorating. Foreign investors appear to be loosing interest. But investing in Tunisia at this crucial time is actually investing in strengthening our democracy.
No doubt, national security, the democratic process, macro-economic stability and efforts to improve socio-economic equality are at risk. Nonetheless, the country has witnessed poorly coordinated government strategy in response to the escalation of terrorist operations and propaganda. The root causes have not been tackled.
Instead of looking for long-term solutions, public debate is focused on who is responsible for the country’s vulnerability. This was a polarising issue in recent election campaigns. Yes, the security forces look overstretched, underequipped and unable to master the problems. Nonetheless, the security sector in itself cannot provide the solution.
Because of terrorism, government expenditure on education and infrastructure is being cut, so funds can be used for security purposes. Hyperactivity, however, does not help. In the three months after the Bardo Museum atrocity, the government claims to have carried out 7,000 security operations, arresting 1,000 people and stopping 15,000 people from travelling to fight jihad abroad. It is impossible to verify such information, and effectiveness is not guaranteed. The heroism, however, of the Sousse hotel staff has been the story of many survivals.
Tunisian attempts to improve security, however, did not stop the UK government from ranking Tunisia in the same danger category as Afghanistan, Iraq and Somalia. After Sousse, it urged all British tourists to leave the country, and some 2000 did so.
The underlying problem is that economic recession is radicalising young people. Jobless youngsters in marginalised towns are attracted by Islamist rhetoric. They consider themselves victims and even martyrs of a secularist regime, rather than criminals threating the democratic progress. Young people do not get the needed support and leadership opportunities, so ISIS looks attractive. Police repressions is a problem too.
Rap star Emino traded his career to join the ISIS militia after being arrested for political lyrics and experiencing police brutality. An estimated 3,000 young men have joined ISIS. If Tunisia looses too many of its alienated youth, it cannot gain stability. European partners should take note. Failure to support the region’s first real democracy will come back to haunt Europeans. 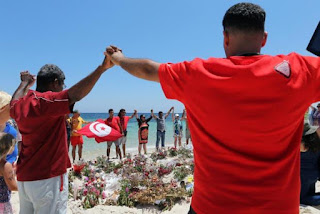 Dr Purva Pius said…
GENUINE LOAN WITH LOW INTEREST RATE APPLY
Do you need finance to start up your own business or expand your business, Do you need funds to pay off your debt? We give out loan to interested individuals and company's who are seeking loan with good faith. Are you seriously in need of an urgent loan contact us.Email: (urgentloan22@gmail.com)

Purva Pius said…
Hello Everybody,
My name is Mrs Sharon Sim. I live in Singapore and i am a happy woman today? and i told my self that any lender that rescue my family from our poor situation, i will refer any person that is looking for loan to him, he gave me happiness to me and my family, i was in need of a loan of S$250,000.00 to start my life all over as i am a single mother with 3 kids I met this honest and GOD fearing man loan lender that help me with a loan of S$250,000.00 SG. Dollar, he is a GOD fearing man, if you are in need of loan and you will pay back the loan please contact him tell him that is Mrs Sharon, that refer you to him. contact Dr Purva Pius,via email:(urgentloan22@gmail.com) Thank you.
April 3, 2018 at 7:48 PM

Maks said…
Hey
Infrastructure quality in Tunisia is rated to be at 2.3. It indicates a mediocre quality - roads, railroad, ports and other facilities are able to handle somewhat significant traffic, but not enough to ensure smooth transit at all times.
http://www.confiduss.com/en/jurisdictions/tunisia/infrastructure/
Thanks
May 22, 2020 at 3:43 AM

kritisharma said…
To write a beautiful post it is very important to write a beautiful container and have prepared a very good design and I got a lot of inspiration from your post and I would also like to post like you in my life.

Raro said…
It is a privilege to share this miraculous testimony with the world. This is Beth Walters from England. My husband divorced me 4 months ago and I was full of remorse because I didn't know what to do to change my husband's problems. I searched the internet for help on how I could get help in my marriage and discovered wonderful witnesses to the wight love Spell that was progressive with its spells. I contacted him and Dr. Wight told me that he would prepare a spell for me to bring my husband back. I was skeptical, but I had no choice but to work with him. 2 days later, my husband called me to come home from that day and until now, I have lived peacefully. He returned now with so much love and care. today I am glad to announce to you all that this spell player has the power to bring back lovers and the most surprising thing is that our love is very strong now, every day is happiness and joy. and There is nothing like being with the man you love. I will recommend Dr.Wight to anyone who needs help. If you have any problems, contact Dr.Wealthy, I guarantee 100% that he will help you !!.
Email: wightmagicmaster@gmail.com

By AC - September 19, 2011
Generally perceived as working to inform and enlighten public opinion, media, in western democracies, can also be a propagandistic rhetoric, manipulated by political power. The media is a communication power that could transform the whole society. Media has an incredible degree of influence with respect to shaping thought .This strength can be used constructively by educating people or destructively by misleading them. The West keeps criticizing the media controlled by dictatorships but what about media in democratic societies? How the media should influence the political climate and democratic process in Western democracies and are the media used by the state as propaganda arms in the West? It seems that the supposed role of the media has not been accomplished,  even in western democracies, because of state media control. Accordingly, media's power declines as a democracy becomes more established. The last two decades have seen an unprecedented spread of democracy aroun
Read more 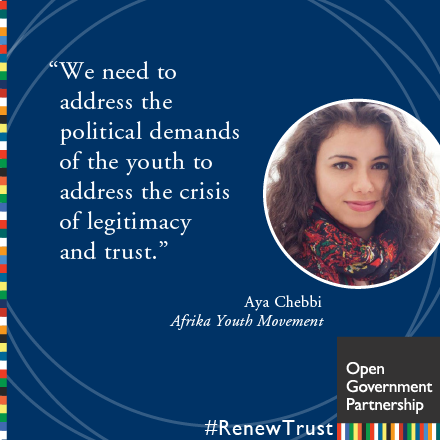 Published at Open Government Partnership “ Youth Radicalisation and Distrust” https://www.opengovpartnership.org/trust/youth-radicalisation-and-distrust 7,000 young Tunisians have joined Daesh 1  in Syria, constituting the largest foreign fighters’ group to date (The Soufan Group, 2015). My 22-year-old cousin could have been among them. He explained that while others have taken advantage of the political vacuum of the revolution, “I felt more marginalised”. Since 2012, Tunisia has projected into the public imagination a rhetoric of fear and surveillance to justify the treatment of youth as potential terror suspects. This perception of fear is gradually translating into policies that have further radicalised disaffected youth. An accurate understanding of the factors leading to radicalisation is essential in developing an effective policy response. We need to prevent radicalisation in the first place and address the need for youth to find nonviolent social and political ide
Read more 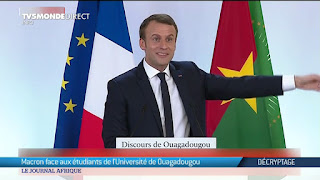 Named as one of Africa's most Outstanding Young Women leaders in 2013 and the Young Achiever of the Year 2015. Blacklisted and banned from entering Egypt since March 2014.

This blog used to be only about Tunisia. It's still "mostly" about Tunisia, but now, it also has a focus on Africa and the Middle East! "No plans to change the name, that's still where my hear beats... always proudly Tunisian!"