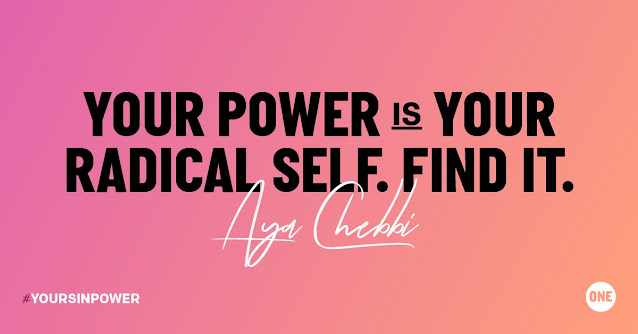 Interviews with Aya Chebbi  Collection of interviews from Forbes, The Guardian, BBC and others  How do you practice self-love?  It is still a work in progress to manage exhaustion and burnout. But I started exercising some healthy habits like; acknowledge failure, sometimes saying "no", to focus my energy instead of saying “yes” to support everyone, take breaks when needed, take longer showers with my favorite incense flavors, massage my head, watch no news before bed and when I wake up etc. What is the meaning of " Your Power is Your Radical Self. Find it " as you're known for saying it ? What I mean by Your Power is Your Radical Self. Find it   is knowing who you are, finding your voice and living your truth. Not someone else's. it means to f ind your identity, your true self, and live your mission.  Being radical is owning your truth. It's authentic confidence, stepping into your power and saying yes to YOU  There are only two things you need to do
3 comments
Read more

What I mean by Intergenerational Co-Leadership 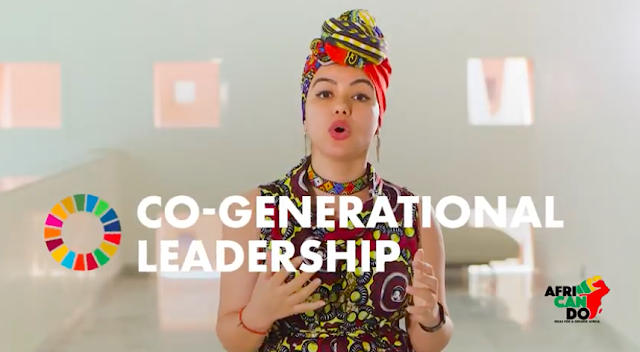 What I mean by Intergenerational Co-Leadership  On November 1st, 2018, I was tasked by the Chairperson of the African Union Commission, H.E Moussa Faki, with the assignment of being his first ever Special Envoy on Youth. When I was entrusted with this responsibility, I had already been in Pan-African activism for almost a decade. I come from a generation that started the first 21st century peaceful revolutions, a generation that changed the course of history, and the way we use technology, access information and demand reforms. When I was in the streets of Tunis, protesting during my country’s Revolution of Dignity, I thought after a decade the world will be better off because we, the millennials, will be in charge. Our generation is the most connected, innovative and better educated. However, we still live in an Africa where the average age of African leaders is 64 years old and the average age of the population is about 20.  Between the ‘led’, that is young people despite making up t
3 comments
Read more

What does Russia - Ukraine Proxy War mean for Africa? 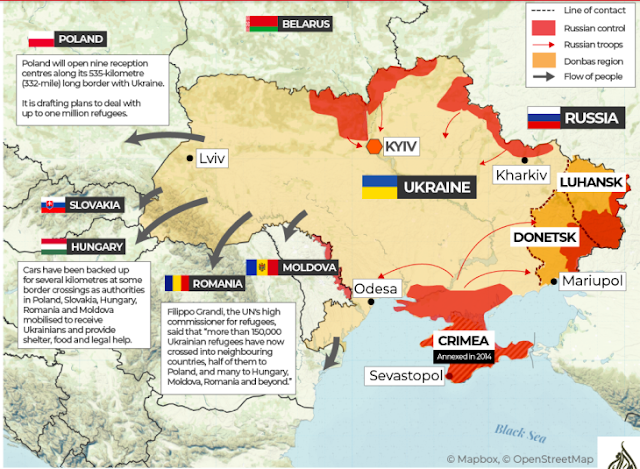 They say " When  America  sneezes , the  world catches a cold " but really, isn't that " When the world sneezes, Africa catches a cold"!  Russia’s invasion of Ukraine on February 24 has worldwide impact.  Many of which would affect Africa , I think in three major ways so far:  1. Stranded African Students  Ukraine is a host to  8,000  Moroccans ,  4,000 Nigerians  and  3,500  Egyptians which  are among the top 10 countries with foreign students in the country besides tens of thousands of other African nationalities. In fact,  Africans make up more than 20% of Ukraine's international students, studying medicine, engineering and military affairs.      Immediately following the Russian invasion of Ukraine, my friends who are seeking help for them and their friends stranded in Ukraine, shared on social media their panic over the way out! flights grounded with no transportation from Kyiv and other cities with long dangerous routes to the borders of neighbouring c
1 comment
Location: Ukraine
Read more 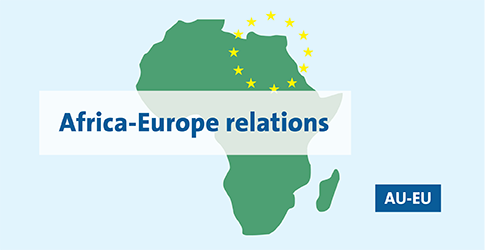 3 Priorities for African Youth  at the upcoming AU-EU Summit 2022  Everyone's eyes are on the leaders of the African Union (AU) and European Union (EU) and their respective member states meeting this week for the 6th AU-EU Summit in Brussels on 17 and 18 February 2022 to discuss the AU-EU partnership with the highest political involvement.  After over a decade of such convenings, I think there is fundamental change in the partnership that needs to take place. Before discussing "issues", there are relationship, process and engagement modalities that are very problematic and have not been addressed. We should not be expecting political solutions to political problems when Europe still treats Africa as its saver and colonial master in practice, despite the incoherence in speech that says otherwise.  In fact, the most important moment is not the summit itself, but the process towards the summit and the process afterwards. A testimonial to the failure of many of AU-EU summi
4 comments
Read more
More posts

Named as one of Africa's most Outstanding Young Women leaders in 2013 and the Young Achiever of the Year 2015. Blacklisted and banned from entering Egypt since March 2014.

This blog used to be only about Tunisia. It's still "mostly" about Tunisia, but now, it also has a focus on Africa and the Middle East! "No plans to change the name, that's still where my hear beats... always proudly Tunisian!"